Dash is the mascot for the Dart language and the Flutter framework.

Note: You can now make your own digital Dash using Dashatar, a Flutter app for web and mobile! 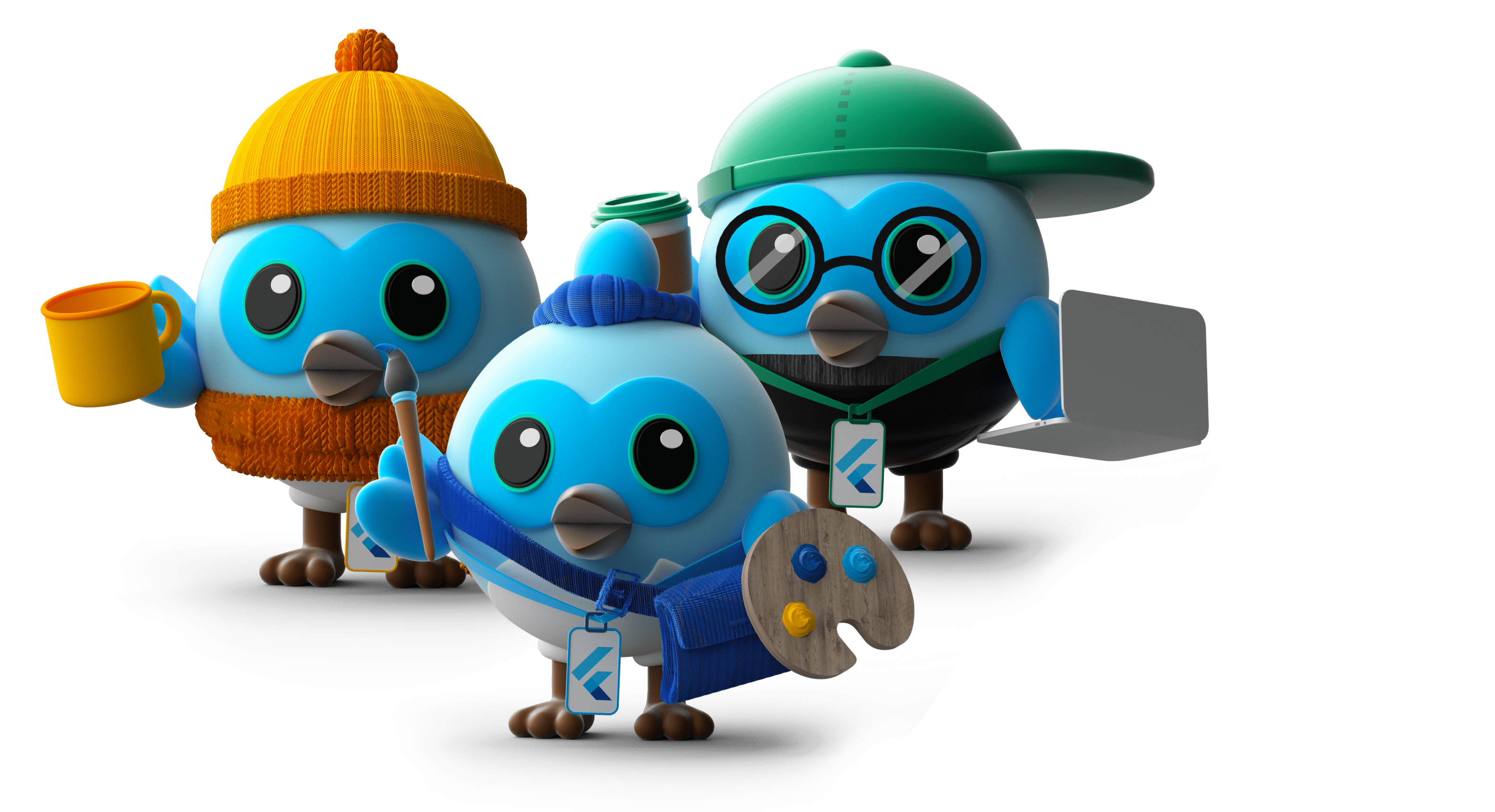 How did it all start?

As soon as Shams Zakhour started working as a Dart writer at Google in December 2013, she started advocating for a Dart mascot. After documenting Java for 14 years, she had observed how beloved the Java mascot, Duke, had become, and she wanted something similar for Dart.

But the idea didn’t gain momentum until 2017, when one of the Flutter engineers, Nina Chen, suggested it on an internal mailing list. The Flutter VP at the time, Joshy Joseph, approved the idea and asked the organizer for the 2018 Dart Conference, Linda Rasmussen, to make it happen.

Once Shams heard about these plans, she rushed to Linda and asked to own and drive the project to produce the plushies for the conference. Linda had already elicited some design sketches, which she handed off. Starting with the sketches, Shams located a vendor who could work within an aggressive deadline (competing with Lunar New Year), and started the process of creating the specs for the plushy.

That’s right, Dash was originally a Dart mascot, not a Flutter mascot.

Here are some early mockups and one of the first prototypes: 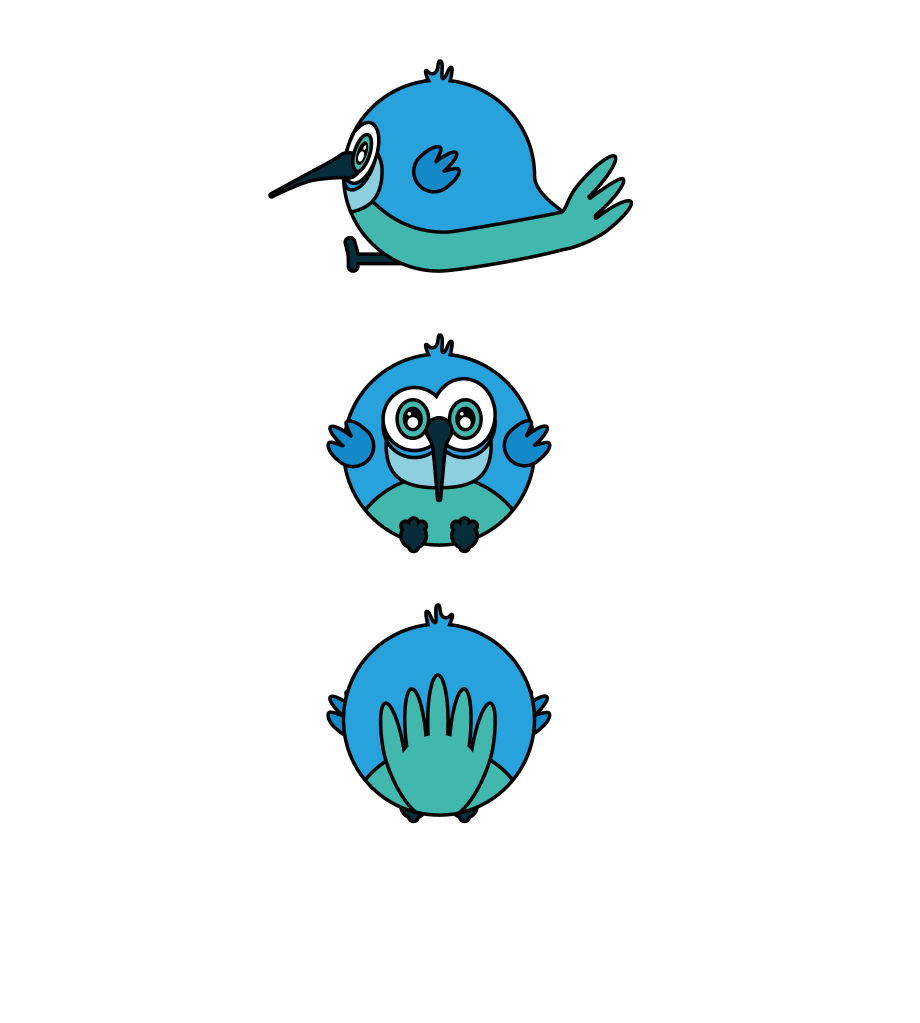 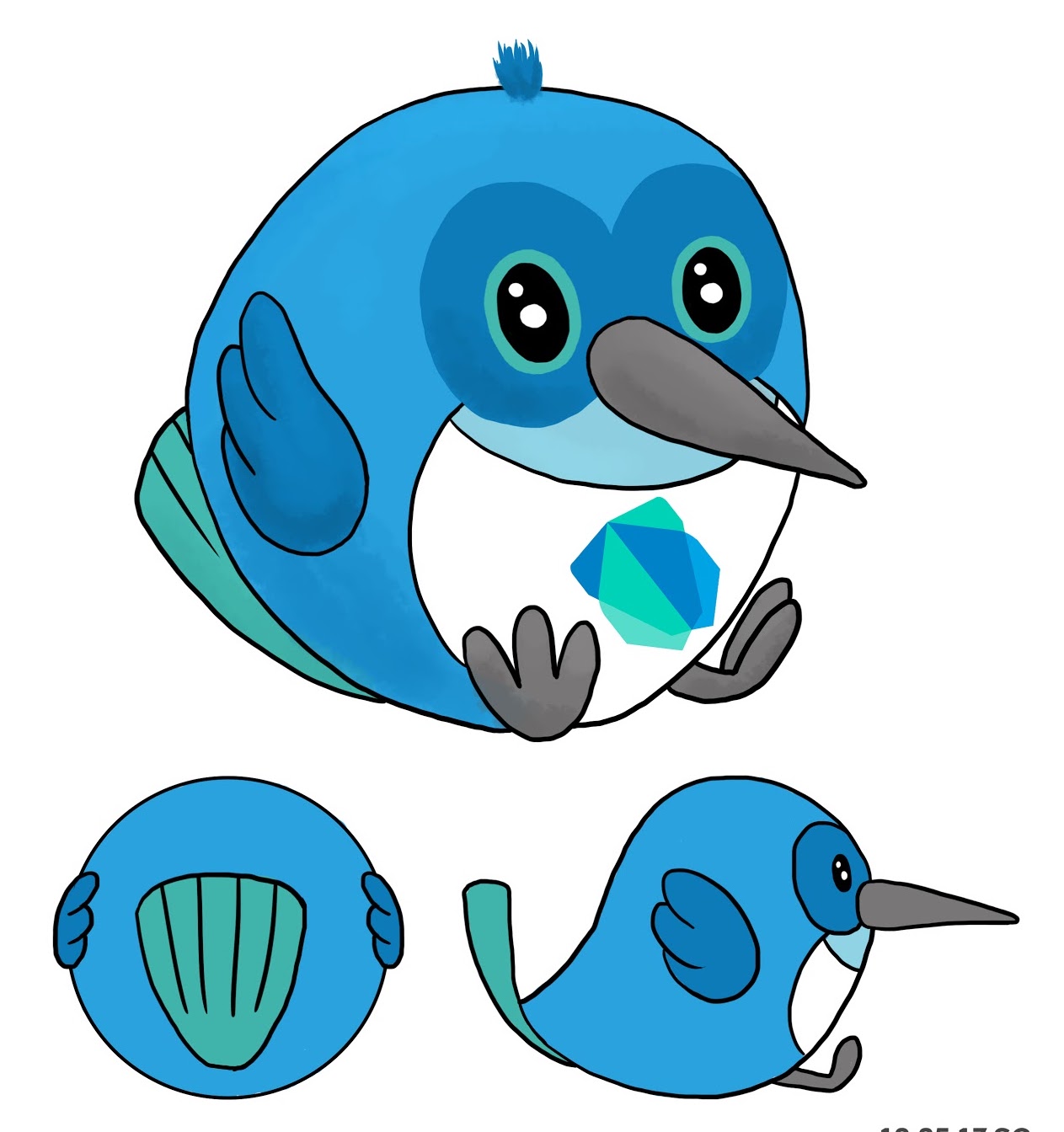 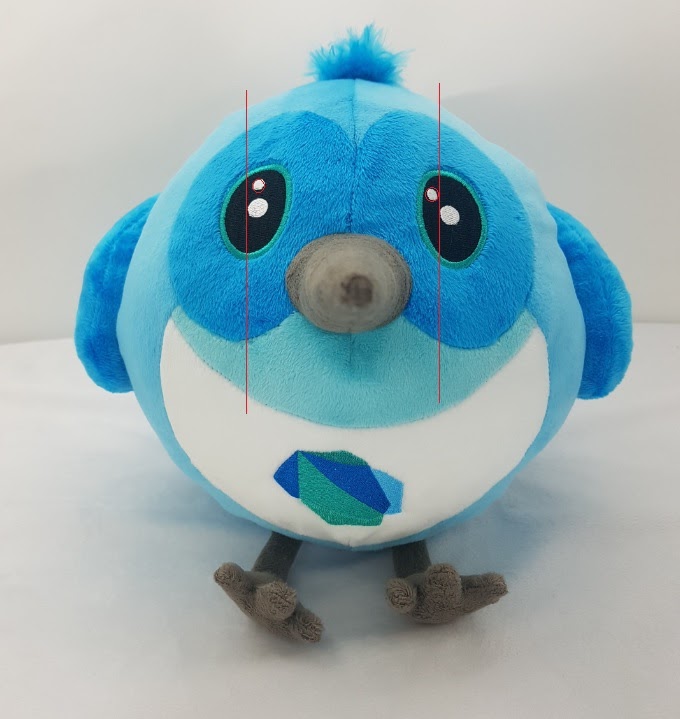 The first prototype had uneven eyes

Early on, a hummingbird image was created for the Dart team to use for presentations and the web. The hummingbird represents that Dart is a speedy language.

However, hummingbirds are pointed and angular and we wanted a cuddly plushy, so we chose a round hummingbird.

Shams specified which color would go where, the tail shape, the tuft of hair, the eyes…all the little details. The vendor sent the specs to two manufacturers who returned the prototypes some weeks later. 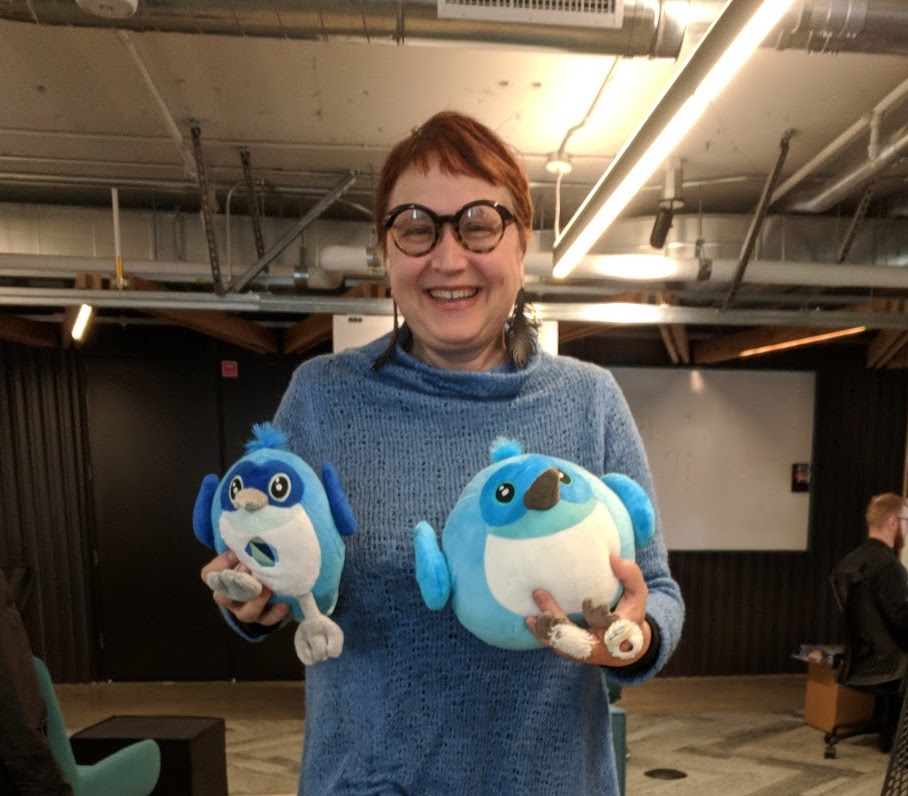 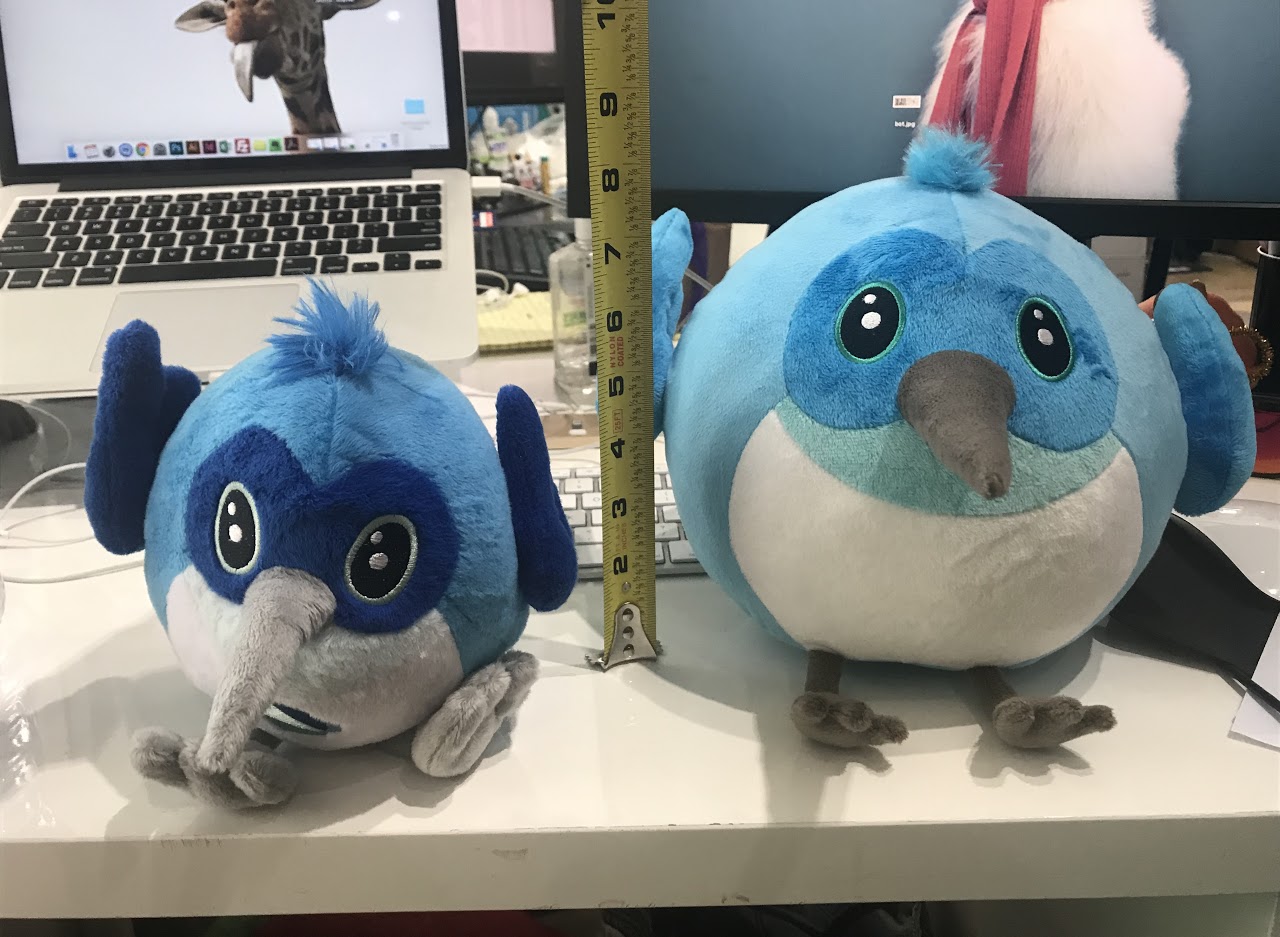 While the manufacturing process was proceeding, Shams chose a name for the plushy: Dash, because it was an early code name for the Dart project, it was gender neutral, and it seemed appropriate for a hummingbird.

Many boxes of Dash plushies arrived in southern California just in time for the conference. They were eagerly adopted by Dart and Flutter enthusiasts.

The people have spoken, so Dash is now the mascot for Flutter and Dart. 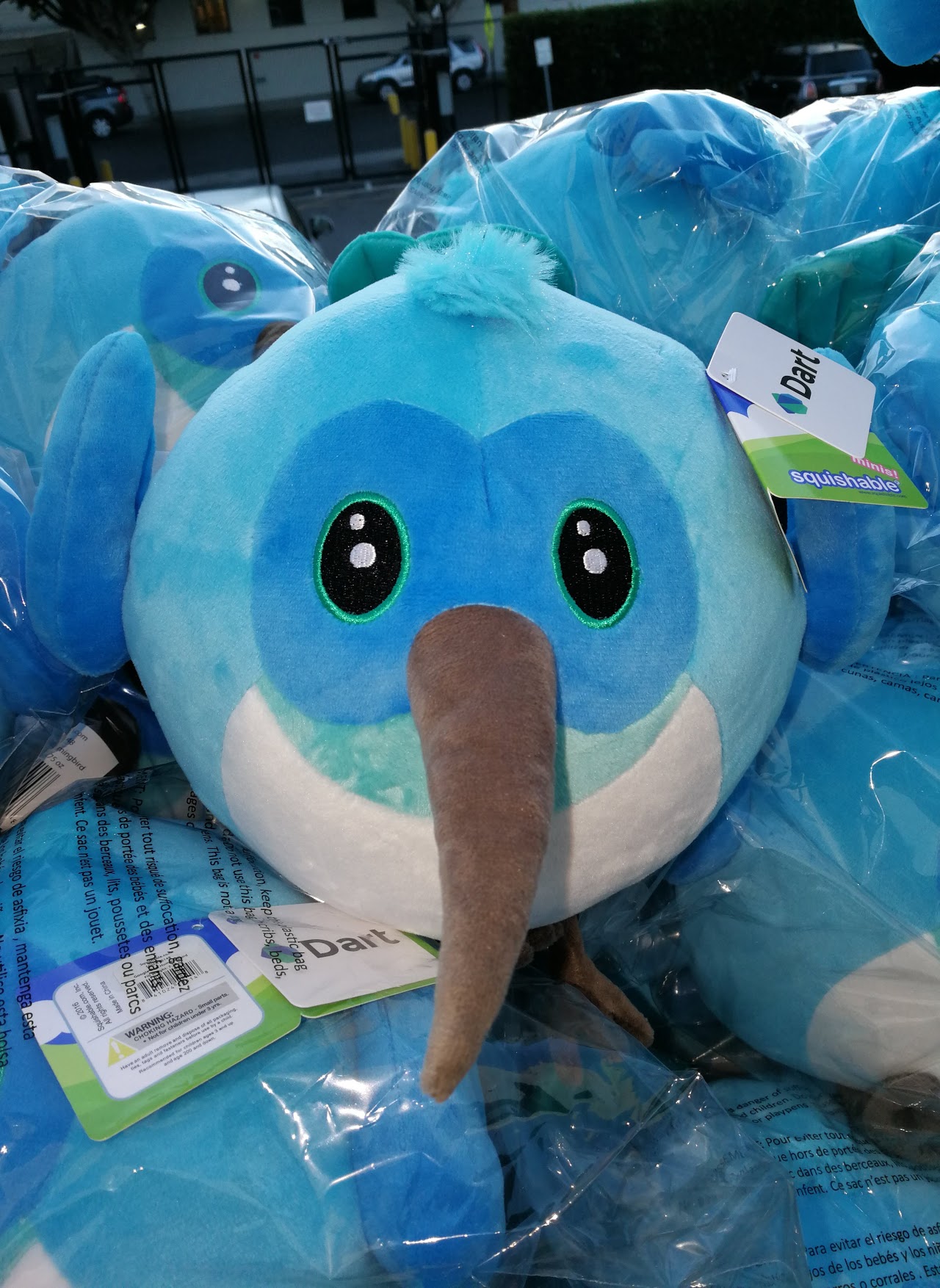 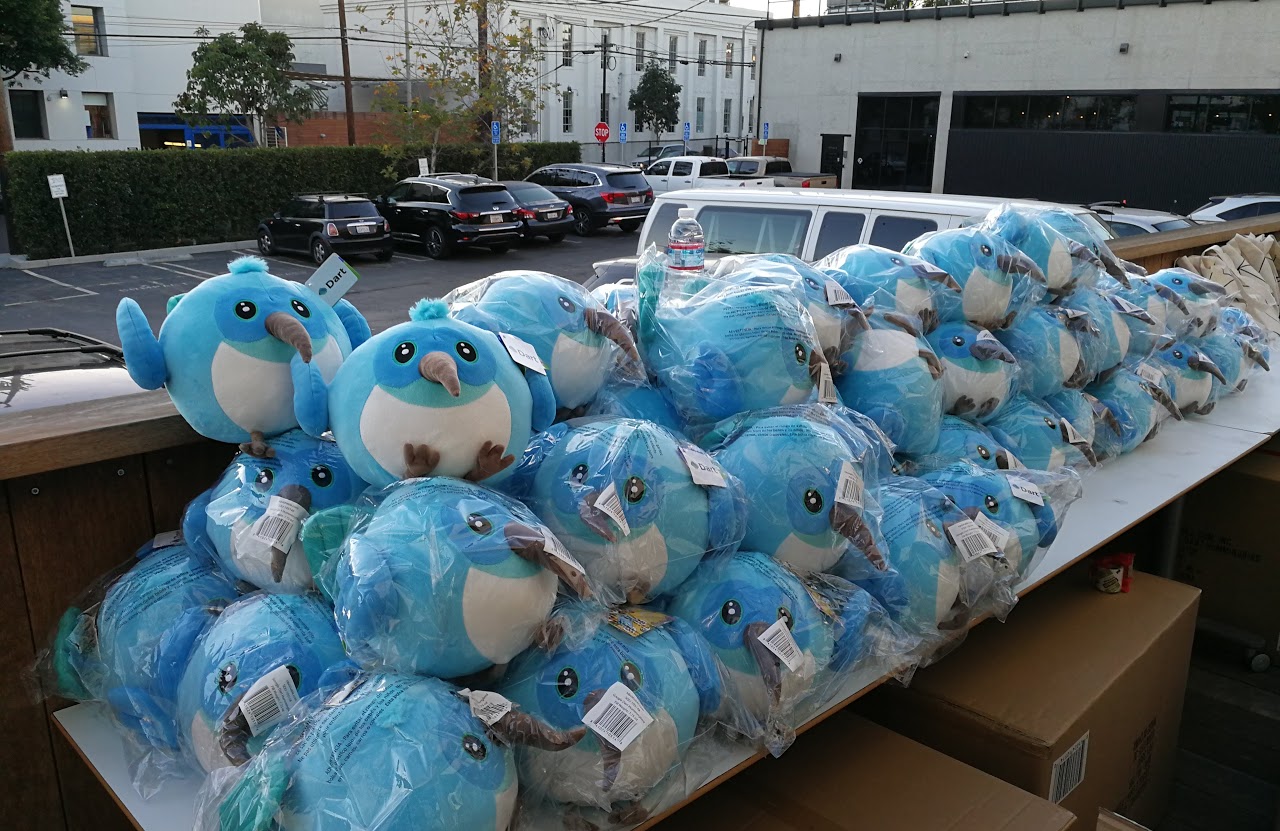 Since the creation of Dash 1.0, we’ve made two more versions. Marketing slightly changed the Dart and Flutter color scheme after Dash 1.0 was created, so Dash 2.0 reflects the updated scheme (which removed the green color). Dash 2.1 is a smaller size and has a few more color tweaks. The smaller size is easier to ship, and fits better in a claw machine! 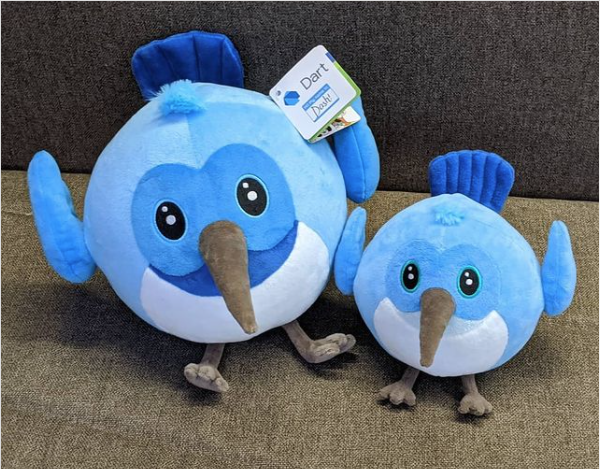 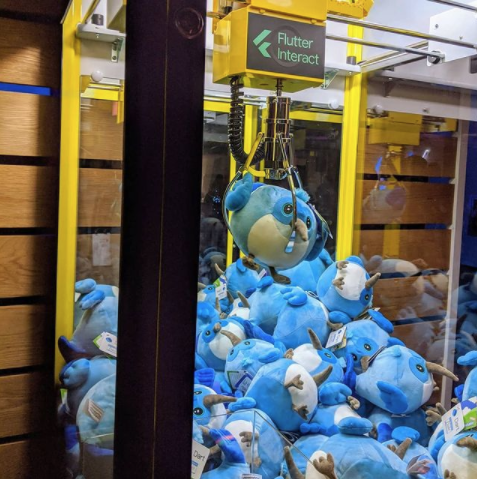